Welcome to photography by Photobowman.com 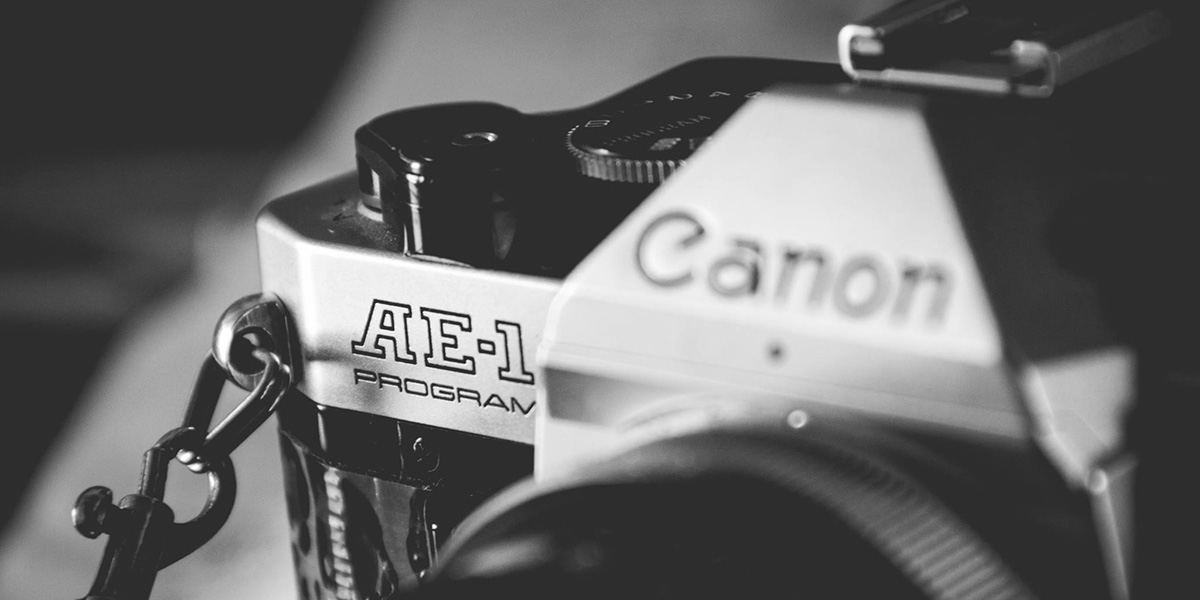 Film – Back to the roots…

The Story of my travelpath back to old style film photography.

First of all, I shall state here that I am part of the digital generation and certainly not one who did serious photography on film. True, I have been playing around with film in the 80ies and 90ies. But in that time it was more a thing of snapping around. It was not composing and taking shots thinking about what one does. That came later when I progressed to a DSLR and the opportunities that digital photography gave me.

And until recently I felt very much at home in this digital world. I am still comfy there today.

Okay – but why film photography then?

That is a very good question. And none that can be answered in a short line. So let me start the long explanation. First of all I do like that look of old black and white photos. It does have a sort of timeless feel to it. I did play around simulating that look in Photoshop but it was not the same. So I started to look into film again. And things progressed from there. It came as a bonus that also like this testing out of things. What can be done and which techniques may also benefit the shot. How to go on with the creative process.

Hence in 2016 I started doing serious film shooting. I bought myself an old Hasselblad 6×6 camera and stepped into the age of film photography. And it was marvelous. I got that lovely look that no Photoshop-Plugin and truely replicate. I do love the results that I got. Okay – not with all shots, for I learned that shooting black and white is a totally different thing from shooting colour!

But at this point my answer is not yet fully done. Even if you may think so. And that is true, because today shooting film is a great step more then the experiment of going back to film that I described. And my love for the style of shots I can get and the look of it does not explain it neither.

It is for me more a stepping stone to a sort of meditation.

Well some may think now that I am right ejiit and that saying film photography is meditating is overstating things way to much. Yes, that may well be. But I do not find a better word for it. I can not describe the sensation that happens when I go shoot with a middle format or even to a greater extend large format camera. Although to compare may we ask ourselfs how often have we used our digital cameras just snapping away. Not thinking when you take the picture. Just clicking away shot after shot after shot – not truely thinking about what you are doing.

For me especially with film this is different. Film forces me to start thinking about how to compose the shot. I am standing there looking at the the scene. I am looking and composing the shot in my head. Thinking and rethinking the framing and everything. For with film I am unable to check what I have done on a display. No chance there! But the viewfinder especially with a 6×6 camera – or the back of the large format camera at 4×5 inch give me a unique look at the scene. You can compose quite differently seeing such a large picture in front of yourself.

Next step: after I have found the setup, did the composition of the shop, I got to find the right exposure settings. With my old analogue film cameras I got to use a handheld lightmeter. The cameras do not come with an integrated lightmeter as does your new (cheap) digital camera. So I am taking out the handheld meter. Again looking at the scene when I start taking measurements. And while doing I am looking at my scene again and thinking, if it is the right picture.

It focuses me to this one task – photography! Nothing happening beside it.

Is that already meditating ?

So is this process of taking one shot already the meditating I been talking about? Not just one shot I would say. But when I am walking around there. Going for two, three, four hours at a time. Focusing on the scenery. Concentrating on the theme I am shooting. I am taking in the shots almost with all my senses. I am trying to capture the best possible moments and frames. That has a meditative effect on me. With my film photography workflow I can focus myself purely on photography. Forgetting all that is happing beside it. The hecting and stress and troubles of the day and the office. And once you are able to achive that, I am convinced that it is in fact true: film photography is meditating!

Film photography does focuses me.

It slows me down (in a postive way).

It does manage to pull me away from the thoughts of every day life.

I am quite sure that some of you now think I am a bit loony here. Either having taken a few drinks to much or crazy or just an excentric. But I would like to ask you, what you are doing to slow down? How are you refocusing yourself in times of stress? Does it matter if you are walking for an hour in the park, go cycling for a day or run a marathon? Or if you like me use film photography as a means of a stepping stone to focus and clear your mind…

The magic of film development

As I stated it is the process of taking the shots with film photography that is so helpfull for me. And now I come home with my roll of film or the sheet film. Next thing to do. taking the film out in the changing back and putting it into the developing tanks. And again I have to work fully concentrated on this task. For I do not, the magic that happens inside those tanks where light has painted pictures onto the film will not happen (ok it did happen but you will never see it then). It is this capturing of a moment in time when taking shot that creates with the help of silver memories for eternity.

It is for me the perfect ending of the day!

So what is next?

How shall the path of film photography lead me on from here? I do honestly not know right now!

Yet there is a voice asking myself, it if it has to be clear now? Do I have to know at this moment or shall things just happen as they may happen? And I do belive it is more important to be open to what can happen. To be eager to find and accept chances you find on the way and not staying strictly on the path chosen at some earlier time.

Today I do know that film photography – or more precisly analog photography in general is offering loads of chances and opportunities to play creatively. There are two things I would very much like to look into further. One is the field of alternative photographic processes. Things like shooting wet plates, Cyanotypes and Ambrotypes. Taking photographs with those simple means the early pioniers did does interest me a lot. It gives the picture back a lot of its value. Value that it lost in the world of free digital snapshots.

But if you use that much time and effort to take a single picture, the picture again gets a certain value. It becomes unique. And with this uniqueness I get forced into working way more carefull with setting the shot up. I am using way more time composing the photograph. You can surely do that with a digital shot as well, but I got to confess, that for whatever reason there is, I am not able to do that to the same extend as when I am shooting film.

Let me assure you. I am not doing it because retro stlye is “cool” or “in”. Being hip and trendy is from my point of view not enough. I do film photography because it is fun and because it is for me the perfect counterbalance to the hectic life I have.

The second thing I want to try and test: Pinhole Photography! Again it is this working with the simplest means to take a picture. It can just be this box with the tiniest of holes in the front to let the light in. I do think it is fascinating to the extremest.

And with pinhole time is important. Having time that is. For taking the shot can take seconds, it can take minutes or – depending on what you are shooting on – hours. The camera can be a simple box, a metal can or one of those lovely artistic wood and brass cameras that show the appreciation of the maker and the photographer for perfect gear. So I shall problably be building my very own pinhole camera. One that then can do what I want it to do.

It will probably not be as artistic as one of those wood and brass cameras. But it will be my very own.

So is it film only now?

SO in the end there is the simple question: will I now sell of my digital gear?

The long answer: I do feel and believe it is not doing the field of photography justice enough. I will not judge nor do it want to judge if digital photography or film photography is the better way to take high quality photographs. I do like the way I can do fast and decent quality shots with my DSLR. But I do also love the trips I take, shooting film and being asked about the camera. Getting those questioning looks when you put the 4×5 inch Camera onto the tripod and vanish under the dark cloth to focus. Or getting into the conversation with somebody who recocnized the Hasselblad camera.

One thing is important. And that is foremost. Enjoy photography!